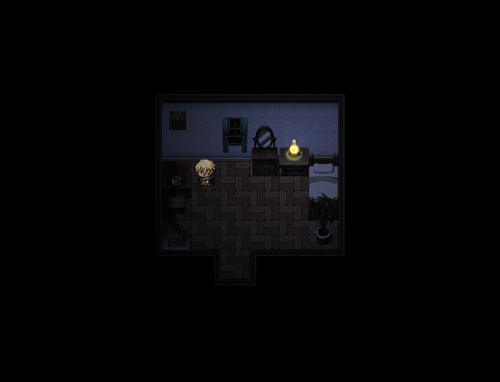 in the last prog report, I promised to put out more infos on Act 1. And so I shall.

Keep in mind I'm not good at deciding what's a spoiler and what's not. So I will just flag the lot of it as such.

In other words: SPOILERS abound

As of today, I've finished the first half of act 1, as far as polishing goes. Barring minor changes.

Tone-wise, Act 1 will continue where the Prologue left off. The story will cover the events of the entire first day with a lot of jumping back and forth. Events shown are taking place days, months or years apart.

Most of the prominent threads from the prologue will be picked up again, some of which are going to play a big role in the developments of the first act. In addition, a heap of new characters are also introduced, especially on the Trachian side of things.

Some sections in Act 1 will once again be played in a party, the main game(s) will however primarily feature a single individual.

Another big change is that whereas the prologue was conceptualised as a journey, Trachi is the destination. As such, it will be a lot more hub-based than its predecessor. My hope is, that Trachi will have a comfy feeling at first, while slowly becoming more and more deranged.

For the first act, about half of the city will be explorable and I'm planning to add a lot of side-stuff. I'm continuously trying to clean needless exposition from the dialogue, which means I can use that material to fluff the world up a bit.

On another note: I started to implement things such as footstep sounds (Yanfly) and lighting (ImaginaryVillain) in a few places. You can see an example of the latter, in the attached image.

In any case though, doing good progress, I think.
See you soon.