as you might have seen, I've released a first Teaser for Act 1, which I'd like to let speak for itself:

I had a lot of fun experimenting with lighting and footsteps, and I'm very excited to implement them properly and retrocactively from now on.

As for the general status of Act 1, all but two important characters have been remade and implemented.

I have also finished the first batch of NPCs today. Right now, I'm sitting at 29, however I expect this will increase to around 50-ish by the end of of it.

With at least a few of the sprites implemented, I can also finally show a some more parts of the city.

I've attached two screenshots showing two different areas, both being integral to the events not only of the first Act, but for Trachi as a whole. Feel free to check them out, below.

After spending the better part of the last two weeks on generating characters, it feels great to finally put them into place. There's still some kinks to work out, but the city is at last starting to feel alive and bustling by the day.

In any case, I'll be back soon with more stuff.

Have a great time until then 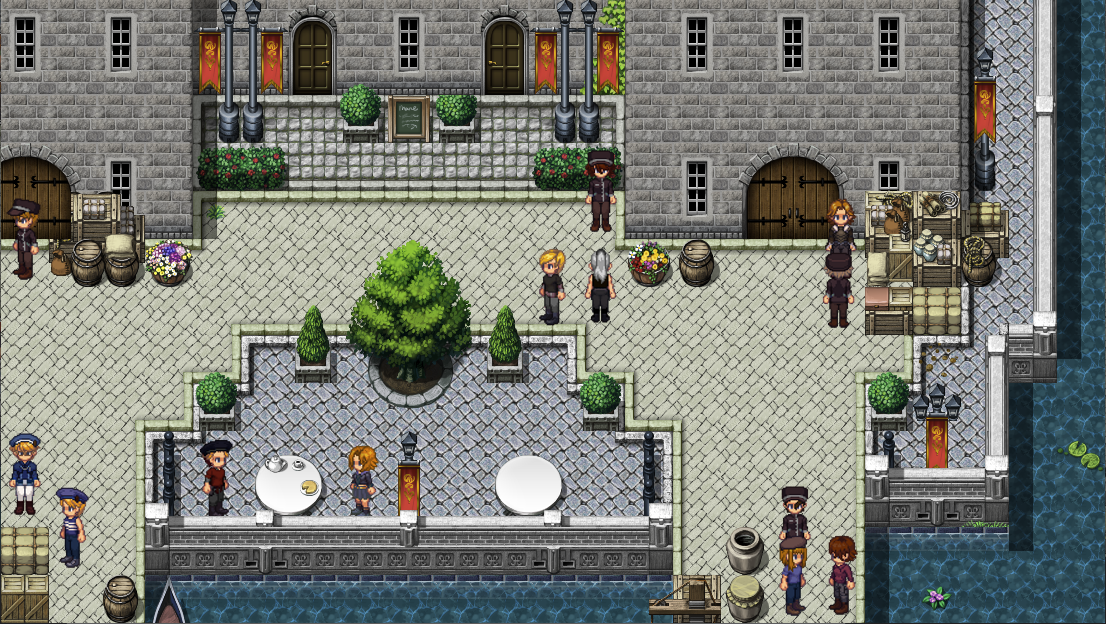 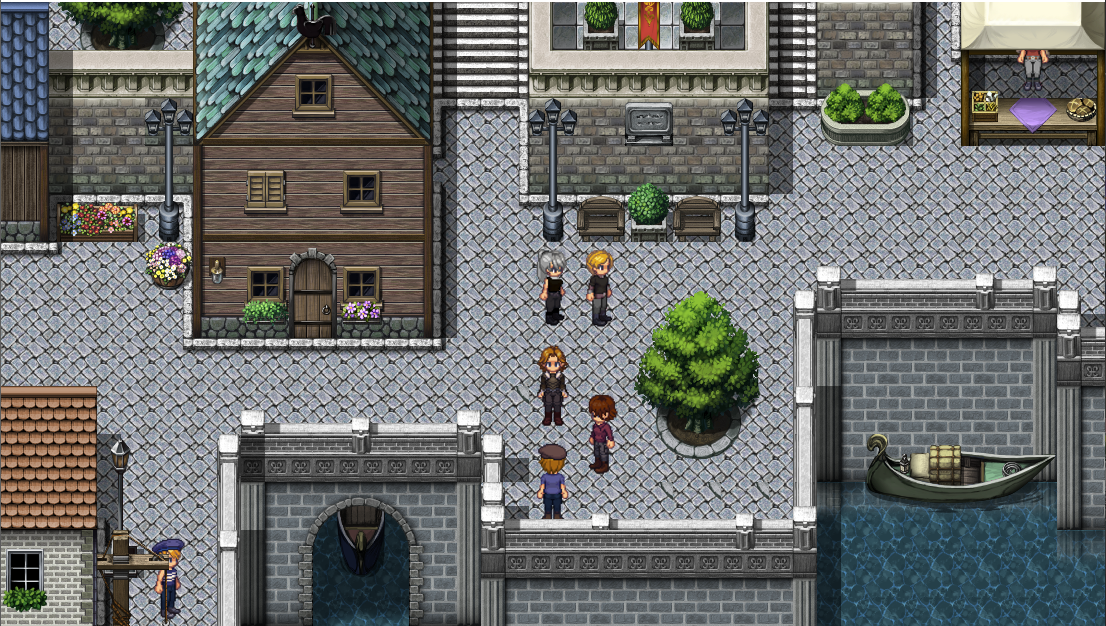