The main reason is because I spend almost every waking moment working on TRACHI 1.4 (InsubordinAtion). 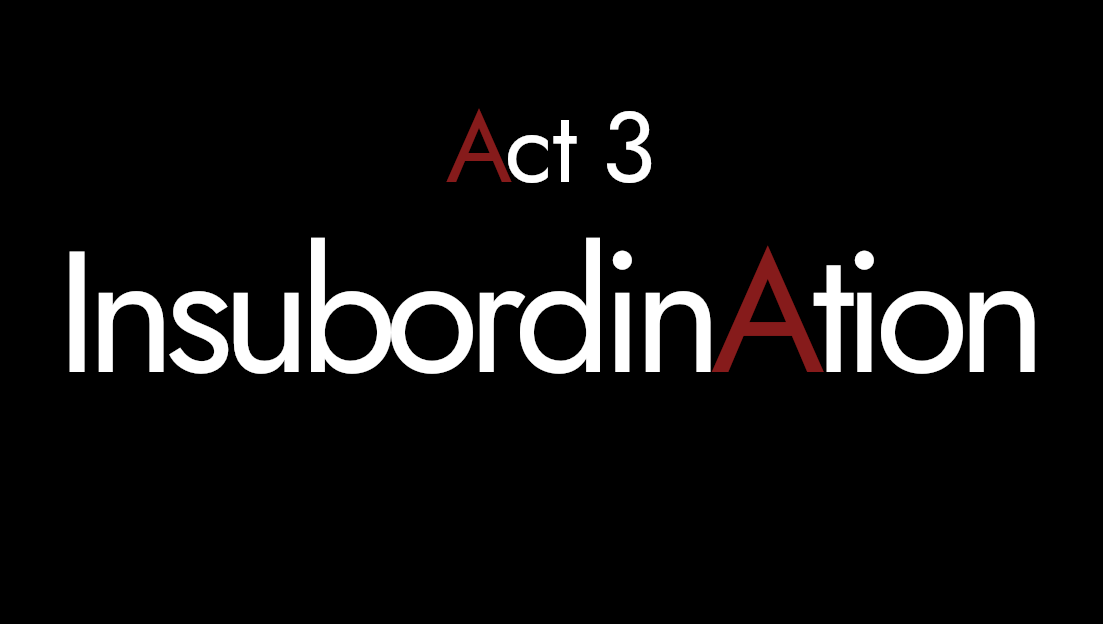 But before we get into that...

I want to give another shout-out to a friend, long time lover and potential future room-mate.

Yes, I'm talking about the one and only Sin "It's not toxic; it's honest" Xo.
He did a play through of Act 2 on Twitch, which you can find here.

So please check it out and try to ignore the spamming LUL in chat every five seconds, hehe.

The calm before the storm As of today, I'm about finished with the first half.
Both structurally and in terms of content of the main story.

In the previous devlog, I mentioned that it's important for me that Act 3 is able to stand on it's own.
What I meant by that is: I am not simply satisfied with a slide show of revelations.

On the contrary, I want Act 3 to be a proper conclusion.
Both in terms the overarching plot, but also in itself.

For that reason, I take great care to design the structure in such a way that one scene leads into another.

And while I got the first half more or less sorted out...
There is still a lot of pondering to do be done in regards to the latter half of the act.

I always expected Act 3 to be an absolute bitch when it comes to writing it.
The reason for that is that coming up with satisfying endings is super fucking hard.
Especially when you have 19 characters, each with their own life story and agenda.

Then again, I wanted it to be this way.
And I'll be damned if I don't conclude this with a bang.

So even though I'm incredibly anxious as to whether I can make this right...
There's a feeling much bigger than it.

Honestly.
You have no idea... 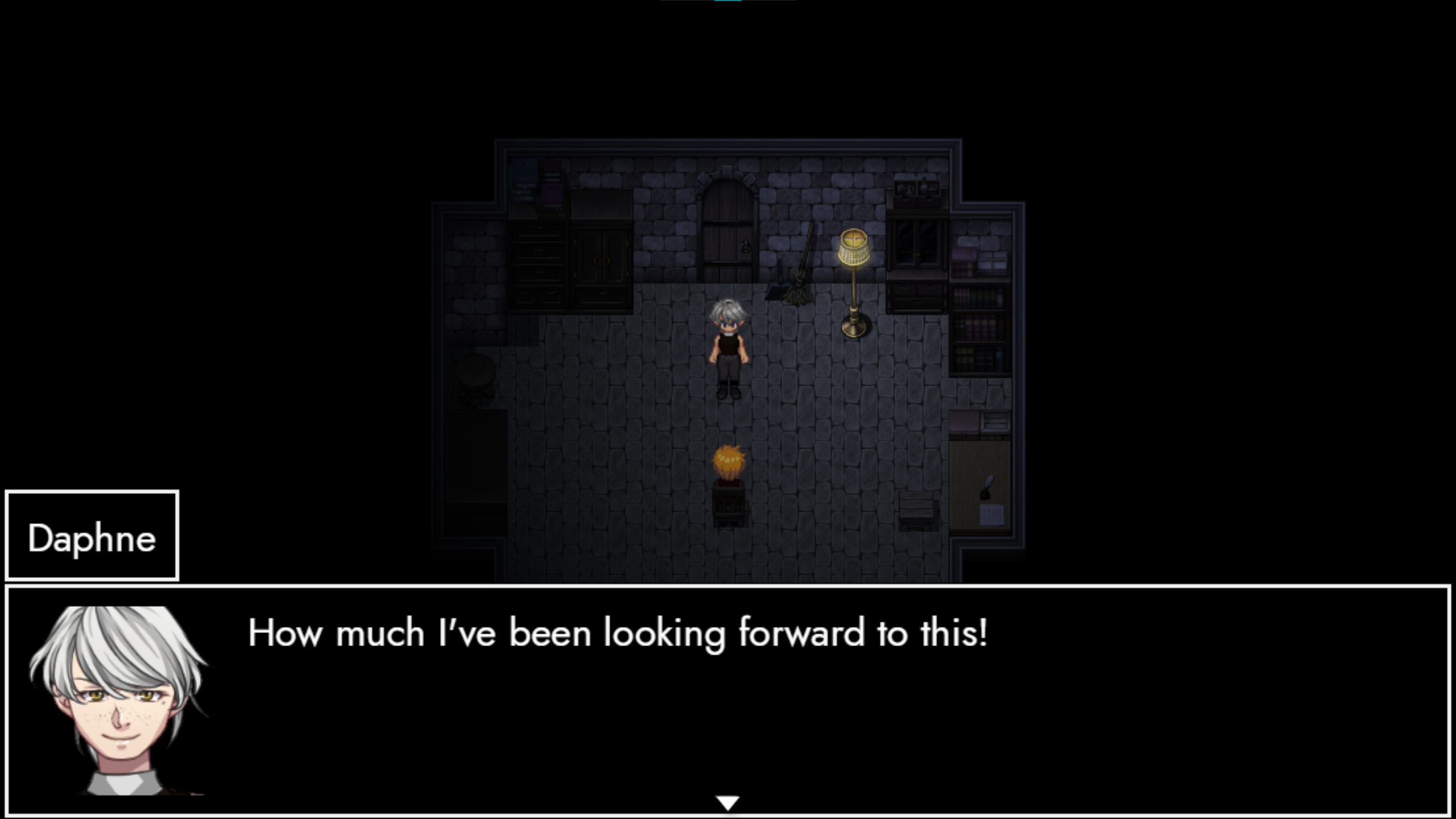 As you might expect, Act 3 will focus on what happened on this particular day.
Celebrated as "Reclamation Day", it marks the third anniversary of Trachi's secession in 1920.

Three years later, the city is on the precipice, once more.

The old against the new -
Autonomy versus Autocracy.

In the middle of it all, there's three people in this city.
And one of them won't leave.

Why, you ask?
Because there's a reason for everything we do.
And it's almost time for you to see it, too.

Everything has a beginning...

And everything has an end.

So to finally be a bit more concrete, let's talk about the structure of Act 3 a bit.

As with Act 2, there will be a distinctive break around the halfway mark.
Again, the player will follow different characters, concluding in one big finale.

I hope you enjoyed the freedom to explore the entire city as it was.
Because it's been torn in two. 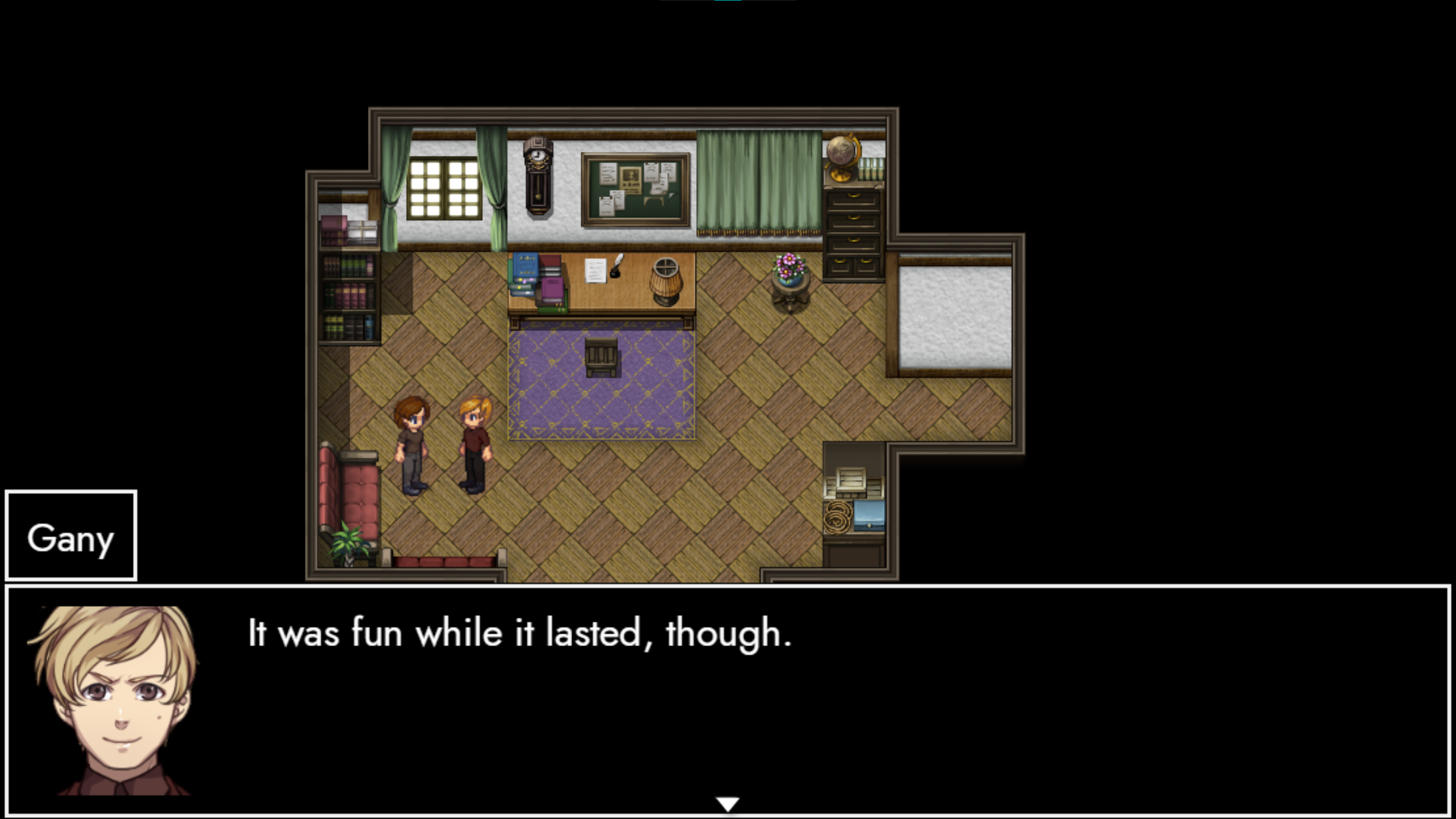 The two sides of the city correspond to two viewpoints, from which the player will see the events unfold.

In other words, there's two camps, each featuring their own subset of the cast.

But of course, that doesn't mean it's just two factions fighting over control.
In fact, it's a lot more complicated than that.

But once the masks begin to fall

And you can witness it, too.

Until then, I do appreciate your patience. 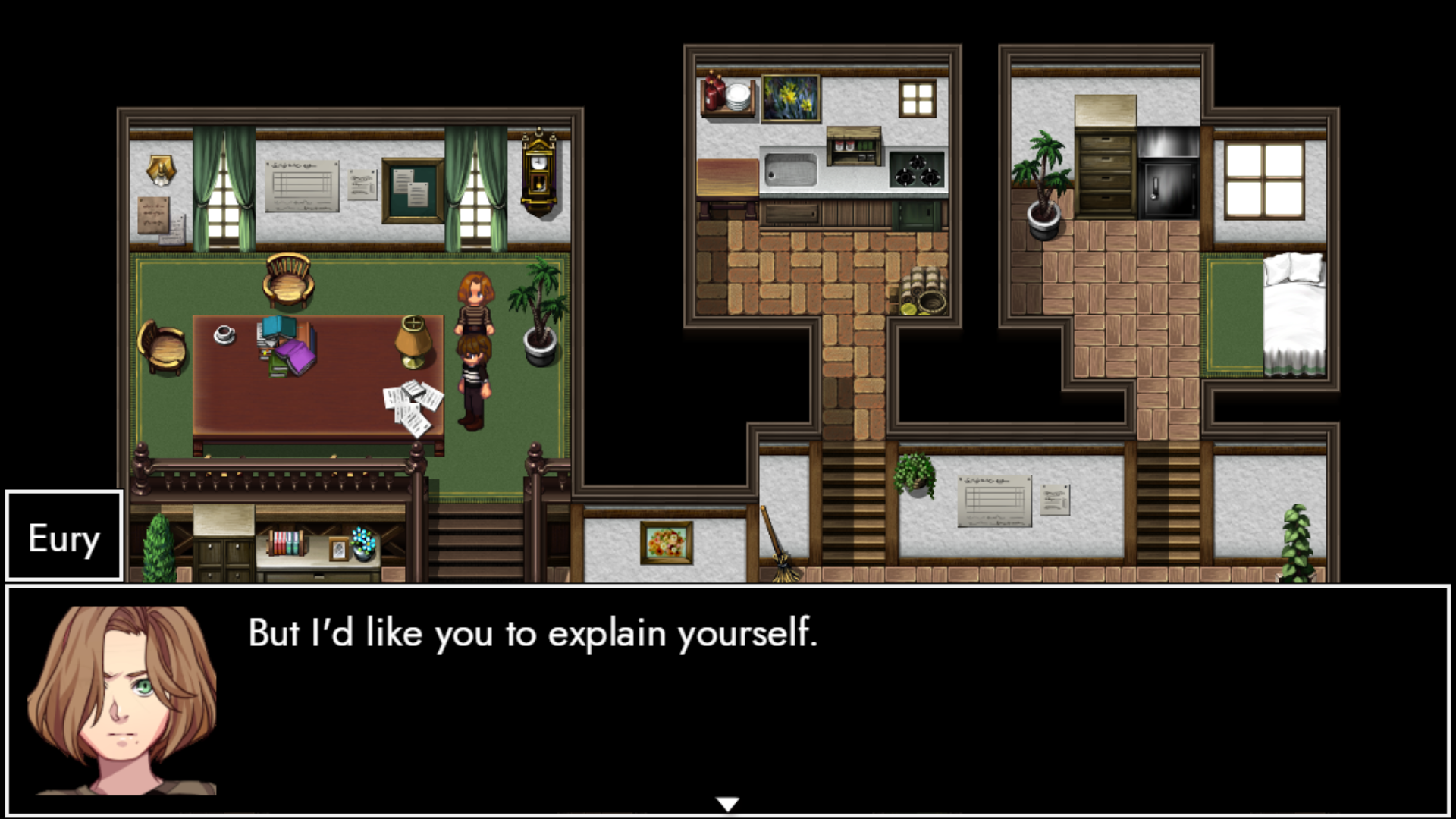 The wait is killing you 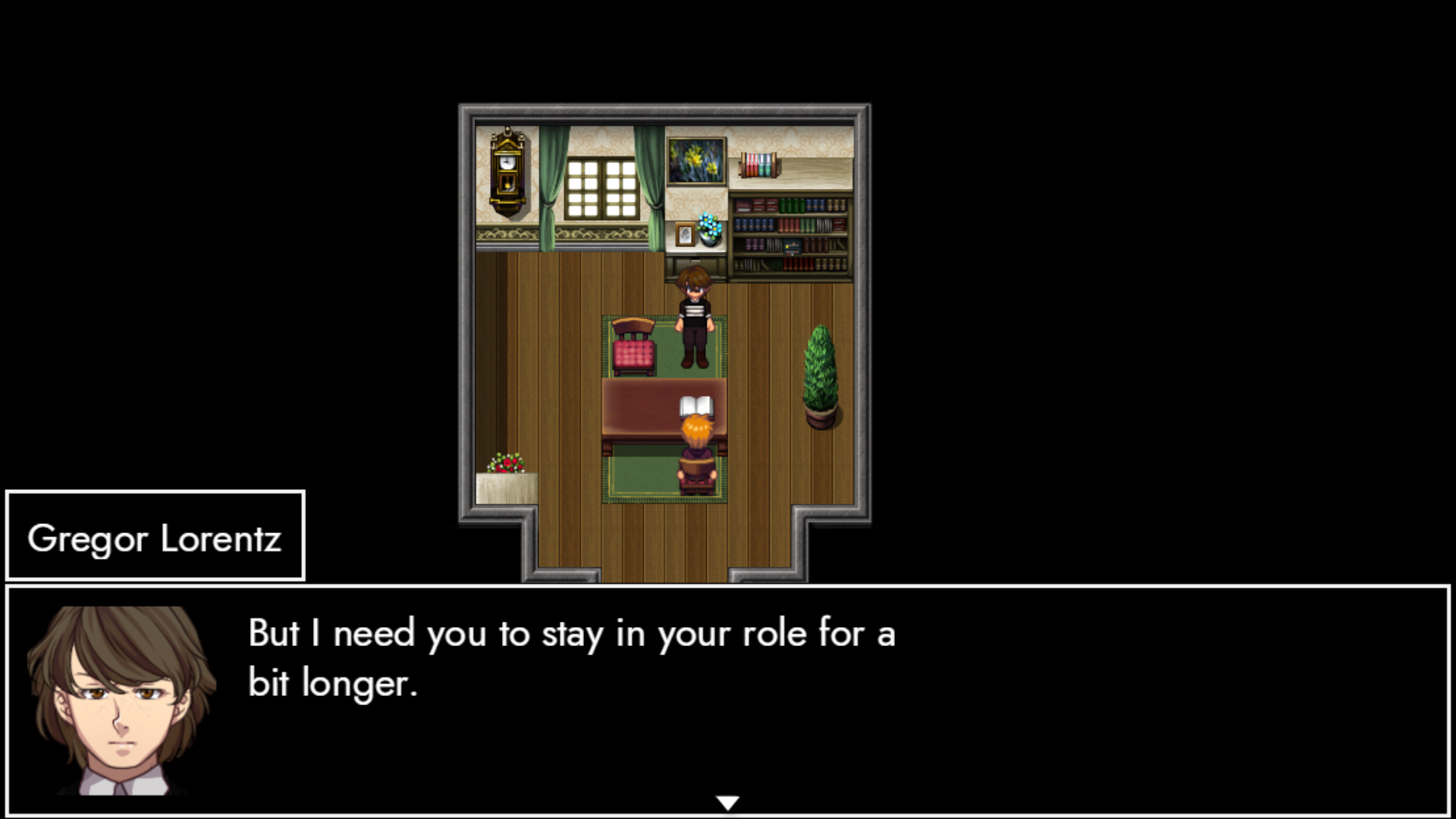 And the same goes for me.

Which is why I'm gonna close here.
I'll try to be back with more stuff, next week!

As always, much love and hugs.