I'm writing this introduction for the third time, now.
All because I forgot to save the draft, every time.

Anyways.
I'm glad you're back with me. 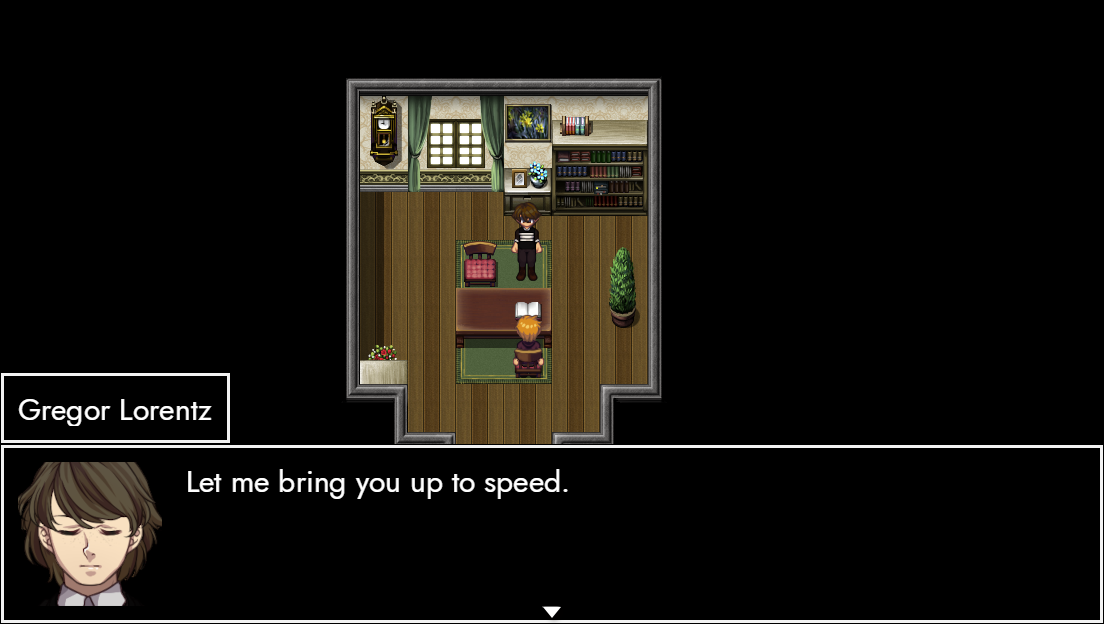 Since the last devlog, I spent most of my time pressing on with the main story.

That being said, everything apart from the ending is now implemented.
To put this into perspective, 66%-75% of the act is done.

Needless to say, I'm more than happy (and relieved) that it's going so smooth.
Keep in mind, this is with me troubleshooting details way more than I thought.

But then again, the narrative is the big booming selling point of this game.
And I intend to make it stick.

And since I don't want to be all talk, let's have a look at some background stuff. 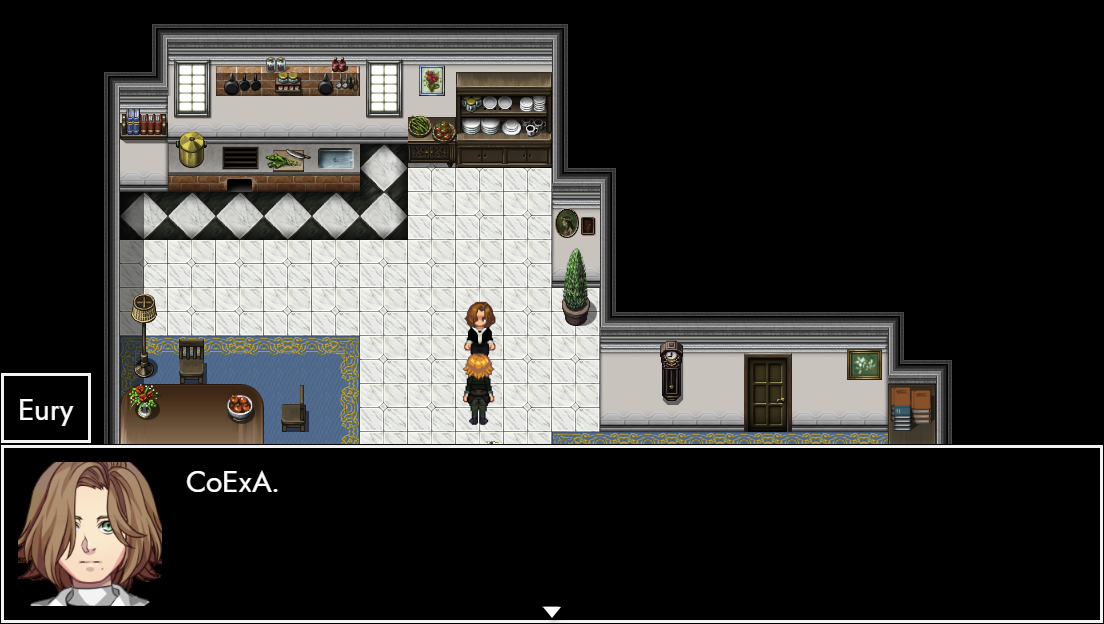 Now, I think you've noticed that there's a lot of names in Trachi which aren't properly explained.
There is a reason for this.

One is that I'm careful not to overexpose.
Getting drowned in useless exposition is one of the big mood-killers for me, personally.

Unless it's made in a non-intrusive way.
Such as optional content, in the form of NPC dialogue or an in-game database.

And yeah. I'm working on that.
But that's likely post 1.4 stuff.

Because there's another aspect that's just as important for me.

If you talk to someone you know, you notice that you're automatically omitting information.
Not because you want to deceive the other person, of course.

On the contrary, you know they already have that information.

If I ask you: "How did it go?"
We need to be on the same page on what it refers to.
In other words, we need a shared context. 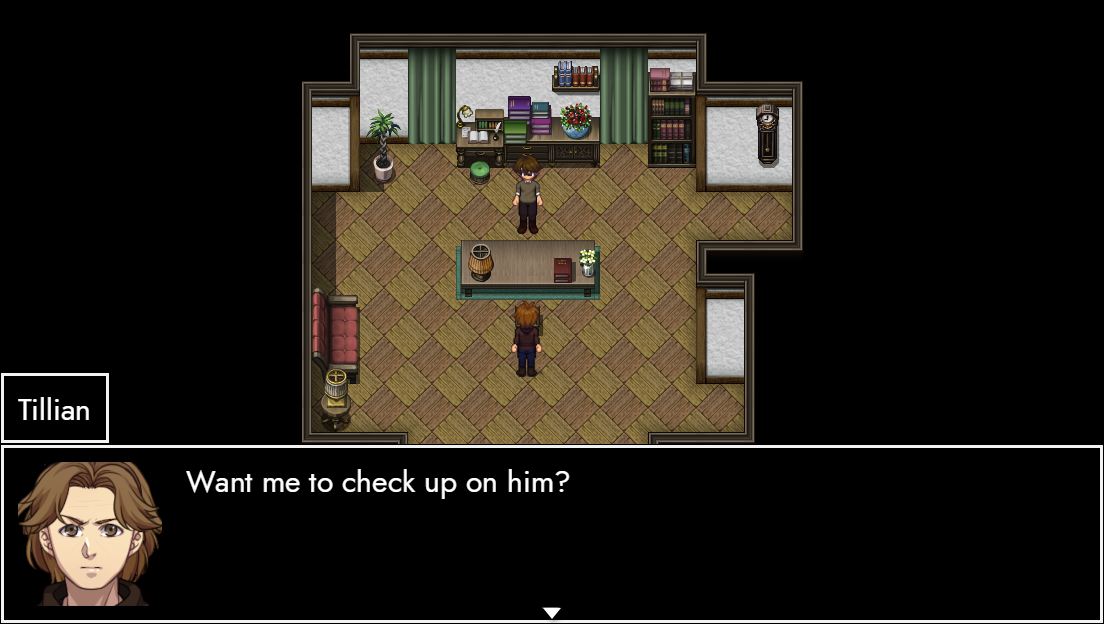 A lot of characters in TRACHI share a lot of context with each other.
Ergo, they will often refer to things in a way that the player doesn't know about.

"Hey Mum! I'm back"
"Oh, welcome back, sweetie! How was your trip to the United States of America?"

Now, I don't want to hide behind that.
Because the burden is on the writer to close that knowledge gap elegantly.

I, more or less deliberately, favoured authenticity at the cost exposition.

This isn't bad, by itself.
But it often leaves you asking: "Is this guy bullshitting me?" 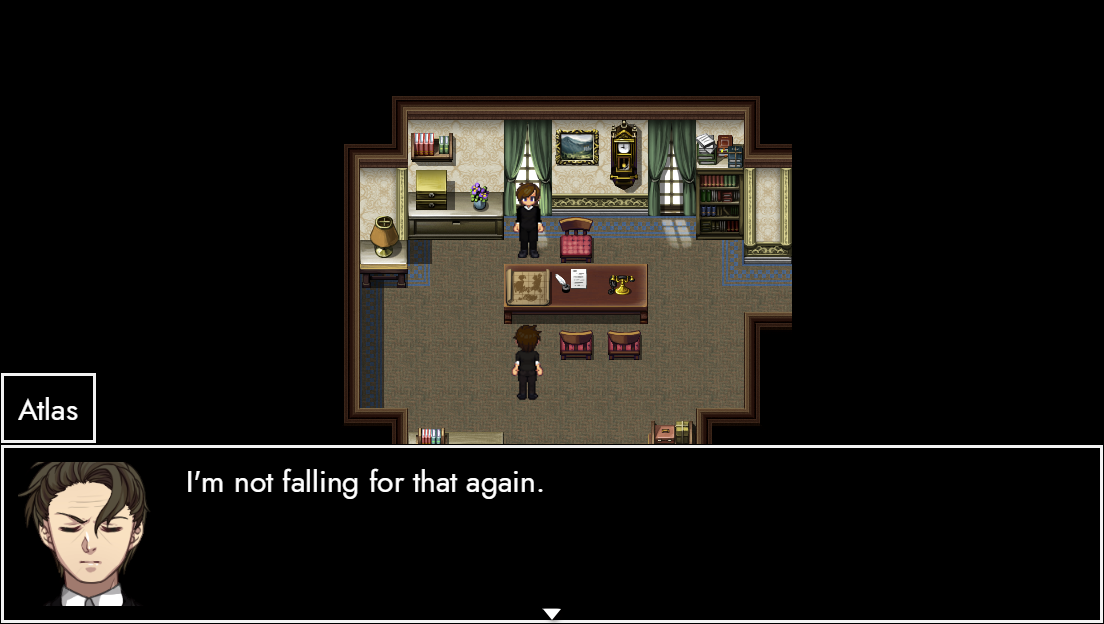 Well, we'll see about that.

But for now, I'll try to make it a bit easier on you.

So let's take a look at some Acronyms.
(hurray?) 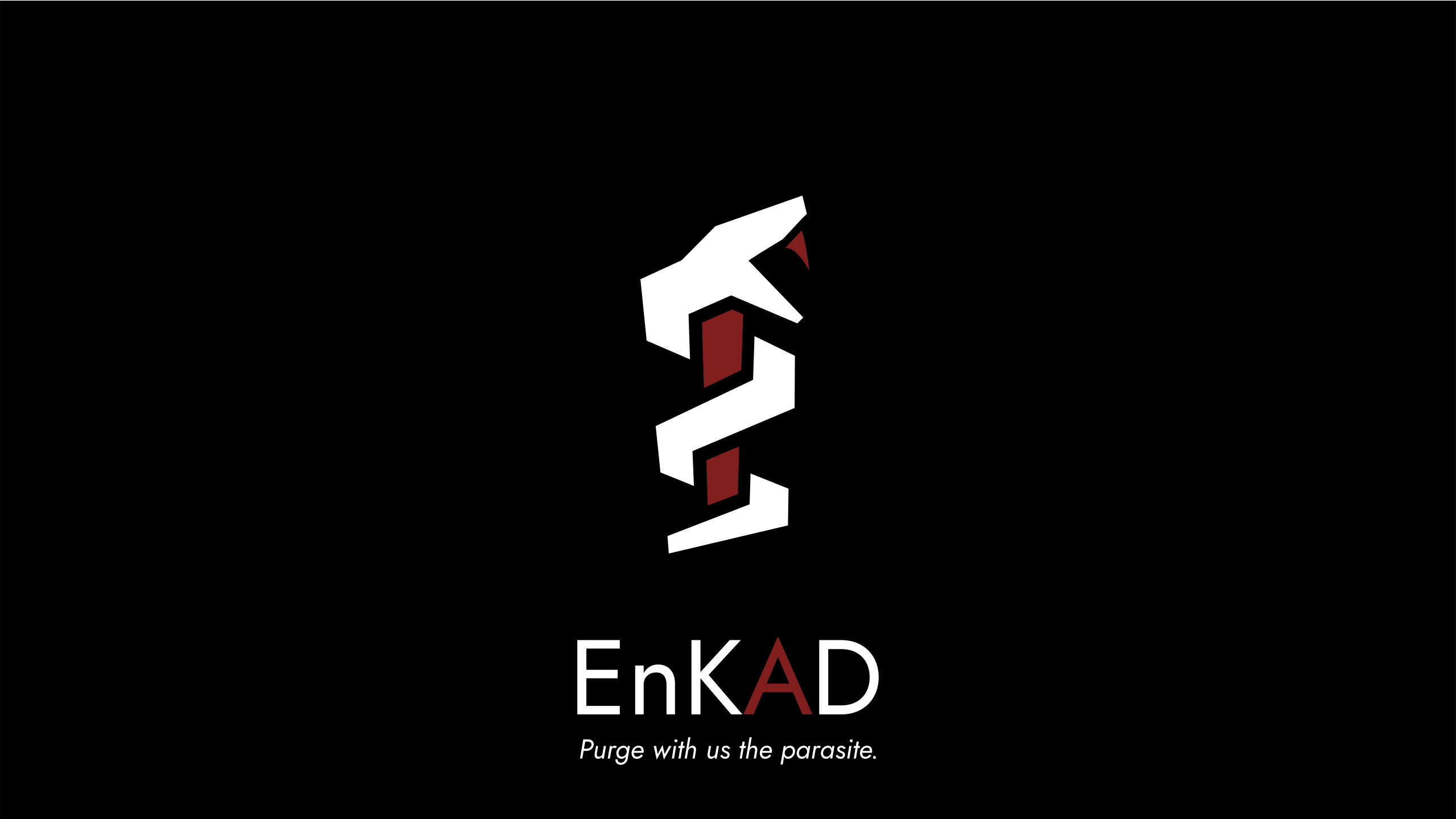 The Endokathartic Academy Division is a rough bunch.
Established shortly after the second Ionian Enlightenment, lies in keeping the population straight.

In other words, they're a secret police.
They knock on your door, it's bad.

So yeah.
It takes a special kind of person to run with them.
A person with an abusive nature.

Or someone who's got nowhere else to go.


However, Ionia's not the world.

There are other places.

Places where the toxin is administered much more discreetly. 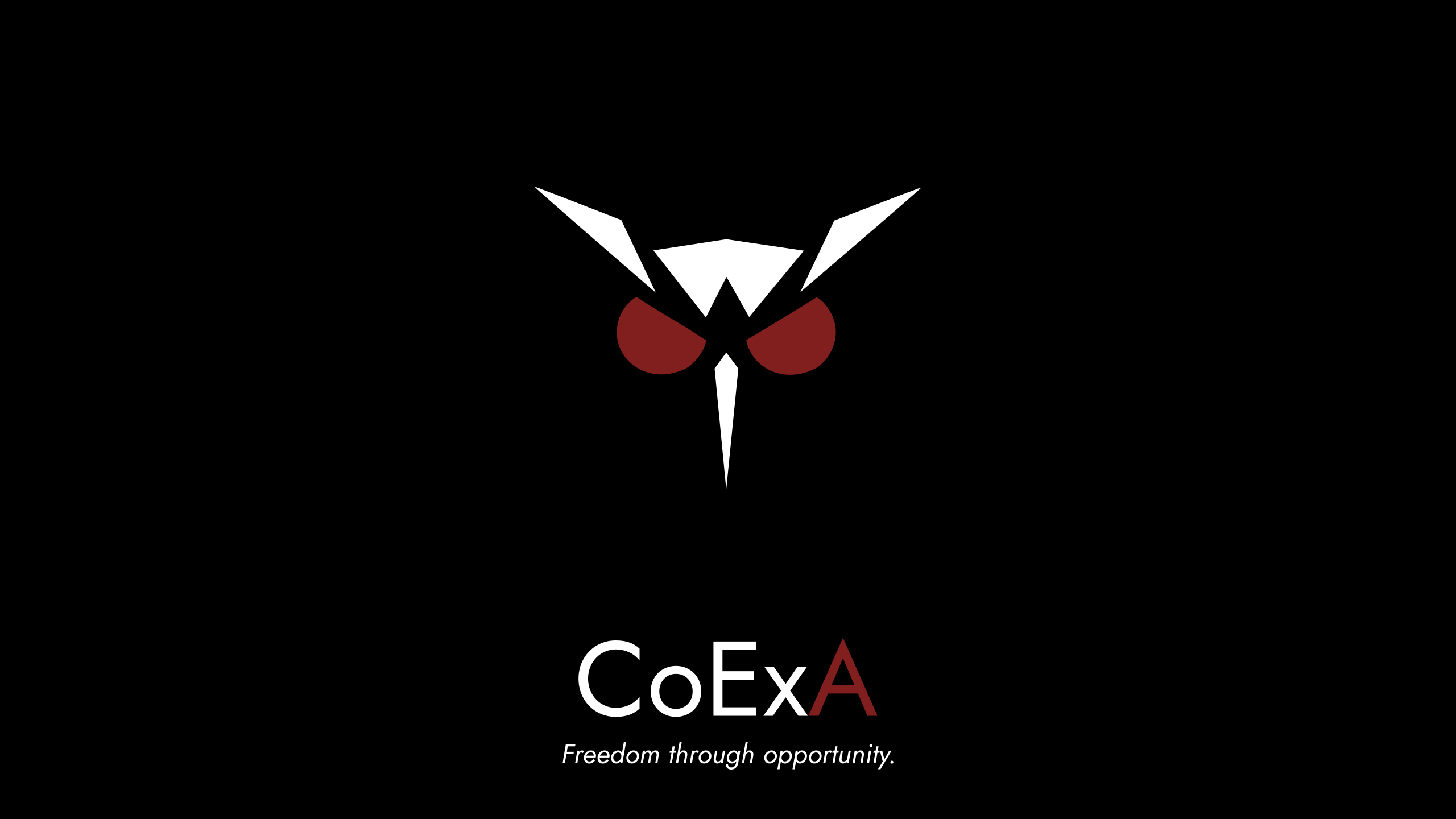 That's what the Commissariat for External Affairs is for.
You see, when you're in a foreign place, your methods have to be different.

Adaptability, not just Finesse and Strength, play a huge in that.
And for subterfuge to happen, you need to know what's around you.

Get a feeling for the place.
Watch things for a bit.

The operatives of CoExA are hunters.
But they rarely kill, or even hurt, their prey.

Because all it takes is a little nudge.
And - maybe - a bit of pressure.

Since they're not at home, they're not worried to much about collateral.
You see why Ganymede fits so perfectly in there?

Now, we've gone over these two orgs.
And if you've played the games and been receptive...

You might have realized that both of them don't exist anymore.
They've been amalgamated. 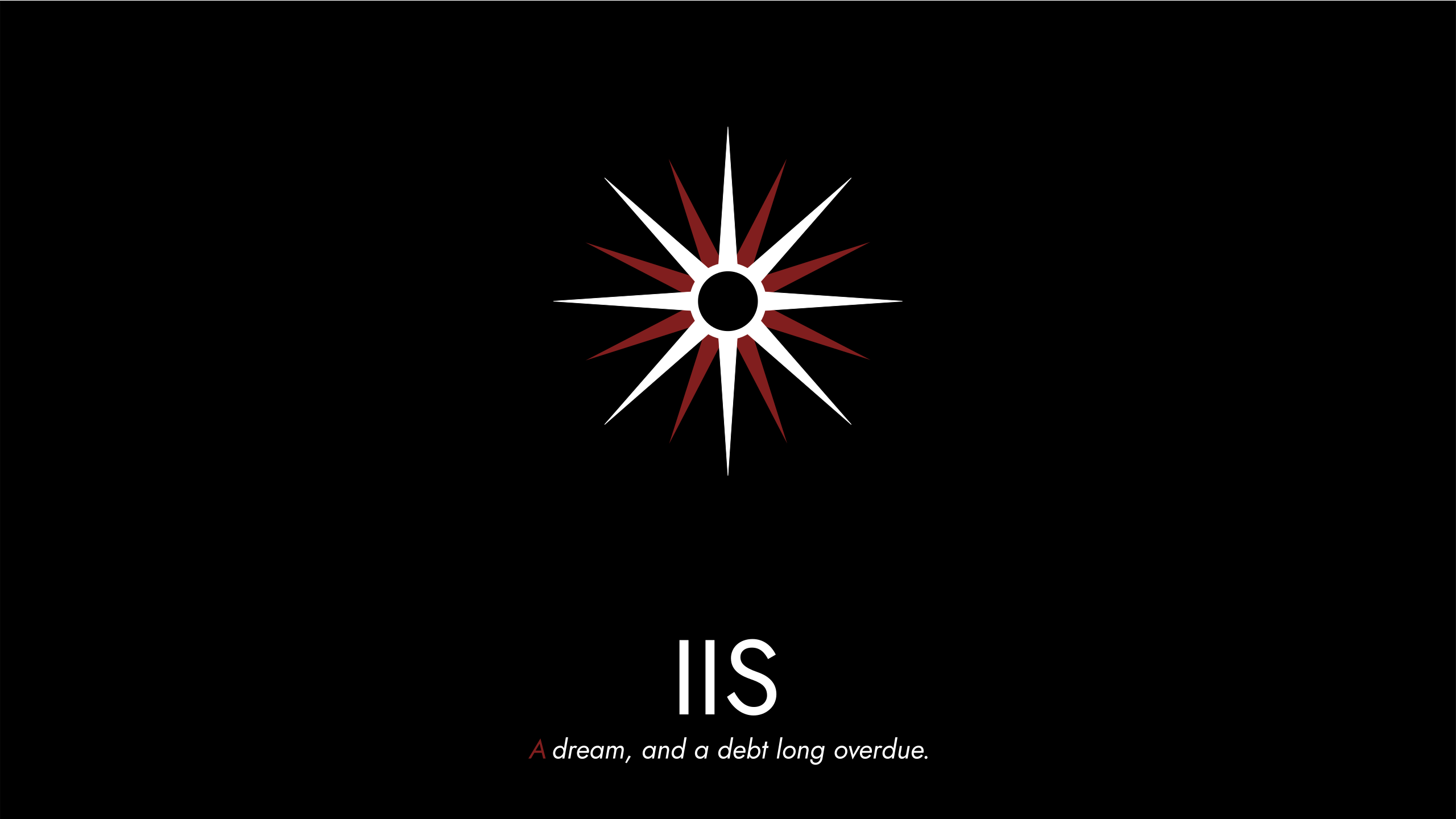 The Ionian Intelligence Secretariat is, by sheer manpower, the biggest intelligence organization on the entire planet.
Consolidating the networks of EnKAD and CoExA into a single web has enabled the IIS to coordinate domestic and foreign operations on an unprecedented level.

Basically, they're Byzantines on steroids.
Except that, this time, nothing is sacred.

They treat the world like they own the place.

They're hungry.
And they're big.

As long as the people from EnKAD and CoExA can keep their hands off each other's throat...
Everything's possible.

Alright.
I think that was kinda informative.
Albeit a bit all over the place.

Don't worry, though.
You'll see a lot more of it, in the future, hehe.

I'll likely start playtesting in a week or two at the latest.
So I will have a lot more in-game stuff to share with you soon, hopefully.


Until then, I hope you have an amazing time.
See you soon, friends!

"Uhde continued to exhibit her work: in 1932, at the exhibition "The Modern Primitives" in Paris; in 1937–38 in an exhibition titled "The Popular Masters of Reality" which showed in Paris, Zurich, and New York (at the Museum of Modern Art); in 1942, at the "Primitives of the 20th Century" exhibition in Paris, and finally, in 1945, in a solo exhibition of her work in Paris."