We haven't seen much of each other lately, haven't we?

To be honest, I've been dreading this moment a bit. Which is probably the reason why I procrastinated my way around this.
Don't get me wrong, there's great times ahead. And I'm yearning to tell you all about it.

But first, there's something else we need to talk about.
Do you remember when the first iteration of TRACHI was released? The 30th August, 2019.

Three and a half years ago

I was in the middle of writing my bachelor's thesis - and both super exhausted and way ahead of schedule.

So I decided to take a little break. And set my eyes on TRACHI.
It was just a little side-project at that time. A fallback option for when I had an itch to express myself, but found every other option lacking. A place for me to recite things. For one week, however, I wanted to pool everything I had into it.

And so I did. I polished and tried to fill the blanks wherever I could. Frankly, I don't even remember much about that time, as so much has happened in-between. But there is one thing which I will never forget. 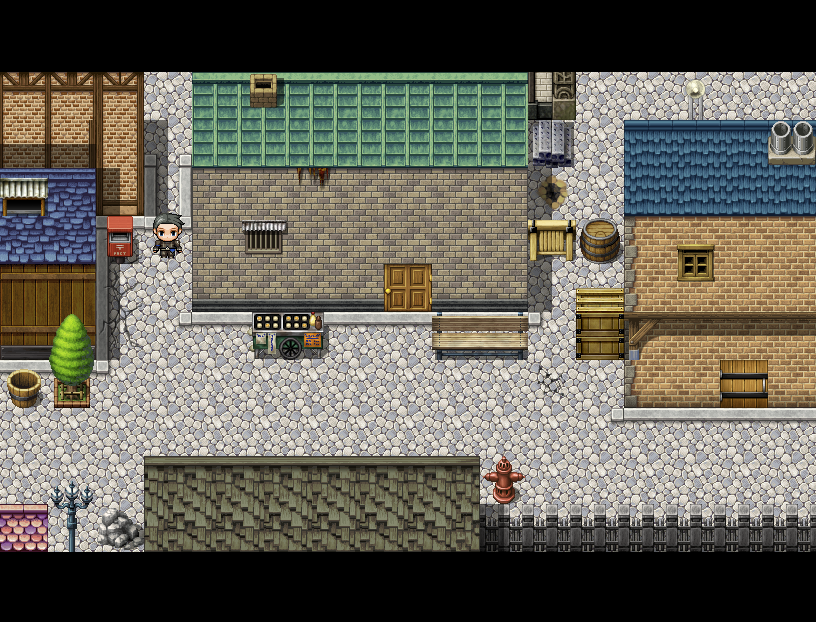 Eurydice was the aperitif, Kenovice the appetizer. I had a feeling that if I get people there, they'll most likely stay for the main course. Not because this place is pretty. On the contrary! It's a place that was supposed to be so forlorn, derived of hope - and most importantly - drenched in anxiety.

And for the first time in my life, I had a feeling that I'm making something great. I wanted people to see this. A society that can't help but mercilessly harm itself. Where enemies become friends, then enemies again. A world - a circumstance - in which a young man executes another man. A man who happened to be the father of a little girl. And with that, the stage was set. There could never ever be peace between the two of them.

But there's more. Another girl. So energetic, wilful and ideological. Great prospects, if it weren't for her political compass to be misaligned. Most people hate rules. Of course, there's those always who either endorse or simply tolerate them. Others try to bend them, or even circumvent them. For the last, tiny little group of people, though, that's not enough. They want to break rules. The girl liked freedom. And was prepared to die for it. And so she did. Just like her sister, four years later.

Though you see, there's something missing.
An x-factor. An enigma, so to speak. 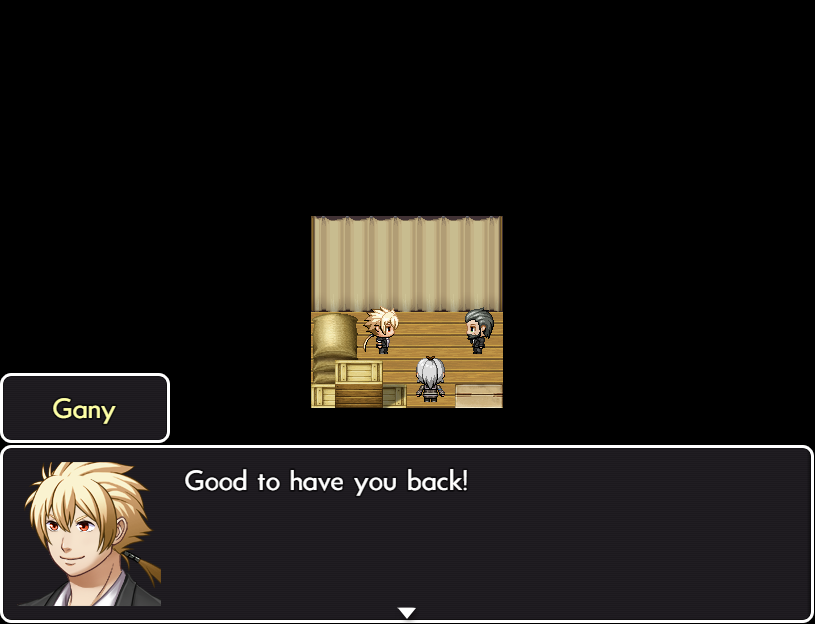 Ganymede was a hard sell.
I was super confident that Atlas and Daph (and Eury, hehe) would be crowd pleasers. But Ganymede... He had to ask the stupid questions for the sake of exposition.

And also act a bit dense in a few situations. And I do mean 'act', deliberately. His first appearance as an inmate of a black site right at the beginning of the game was made primarily to show his other side. A brooding, broken man, without any investment in life. At least that's what he wanted everyone to see. Though to be fair, he himself probably doesn't know who are what he is, anymore. But back then, he was so much simpler.

He's really grown into quite the trouble-maker. And a devious one at that. Somehow, at some point, he wormed his way to become AUTONOMY's primary protagonist. A part of me wants to believe it happened because he was well-suited to serve as a vessel for the exploration bits. Or maybe he just wanted you to take control? Who knows.

In any case, sometimes I even wonder if he's worth all the hassle. But you don't look a gift horse into its mouth. And technically, he is from Macedonia, not Greece proper.  Or is he?

Anyways, I've rambled on about this much more than I thought I would. If I give every character this much of a spotlight, I'll be done in 2023 at the earliest. So once again, Ganymede got his special treatment.

I really have to get rid of this guy. 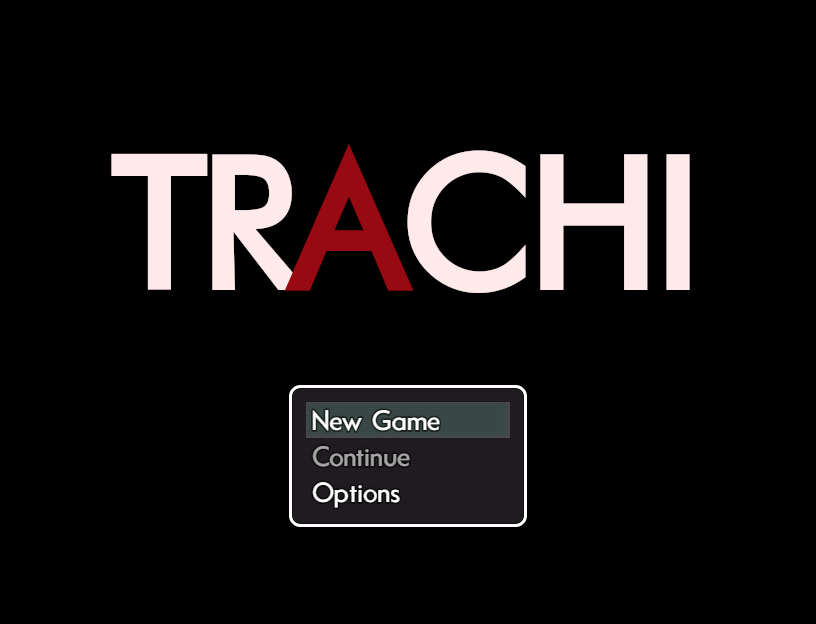 After five days of polishing and filling the gaps, TRACHI felt ready for its preliminary release. And for the first time in my life, I published something. Not to be graded or rewarded with anything but attention. The game was hence uploaded to rpgmaker.net, a cute little site with a great and very welcoming community. I felt super anxious, since I knew the game was highly unfinished and just a fraction of what I wanted to show.

Regardless, I went back to my thesis, and was able to graduate successfully. I went into a master's programme, and TRACHI just sat there for an entire year. Frankly, I wasn't sure whether I'd actually ever finish it. The default tileset just didn't feel right for a city environment, and the mapping went almost nowhere. And then I came across the tilesets made by FSM. 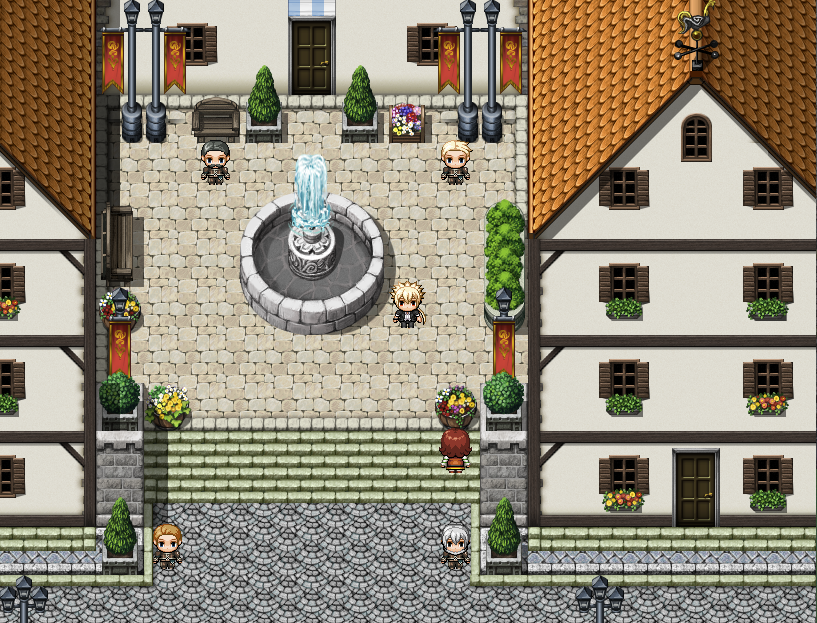 I think got back into active development sometime around January 2021. Three and a half months later, Act 3 was done. Don't ask me how that happened. To this day, I can't say what got into me.

There was a glaring issue, though. The prologue needed to brought in line. So I remapped the entire thing, as well. And released a remade version both to rpgmaker.net and itch. Not only that, I also made a promise. That the entire game would be released and playable until the end of 2021. More importantly,  I started advertising the game.

And due to having some of the best friends imaginable, I received not only tons of feedback, but also encouragement. Objectively, this was one of the most important moments of my life. Subjectively, I had never been this happy, for as long as I can think. From that day onwards, I was determined to stop at nothing to release the full game and also make it as good as I possibly could. 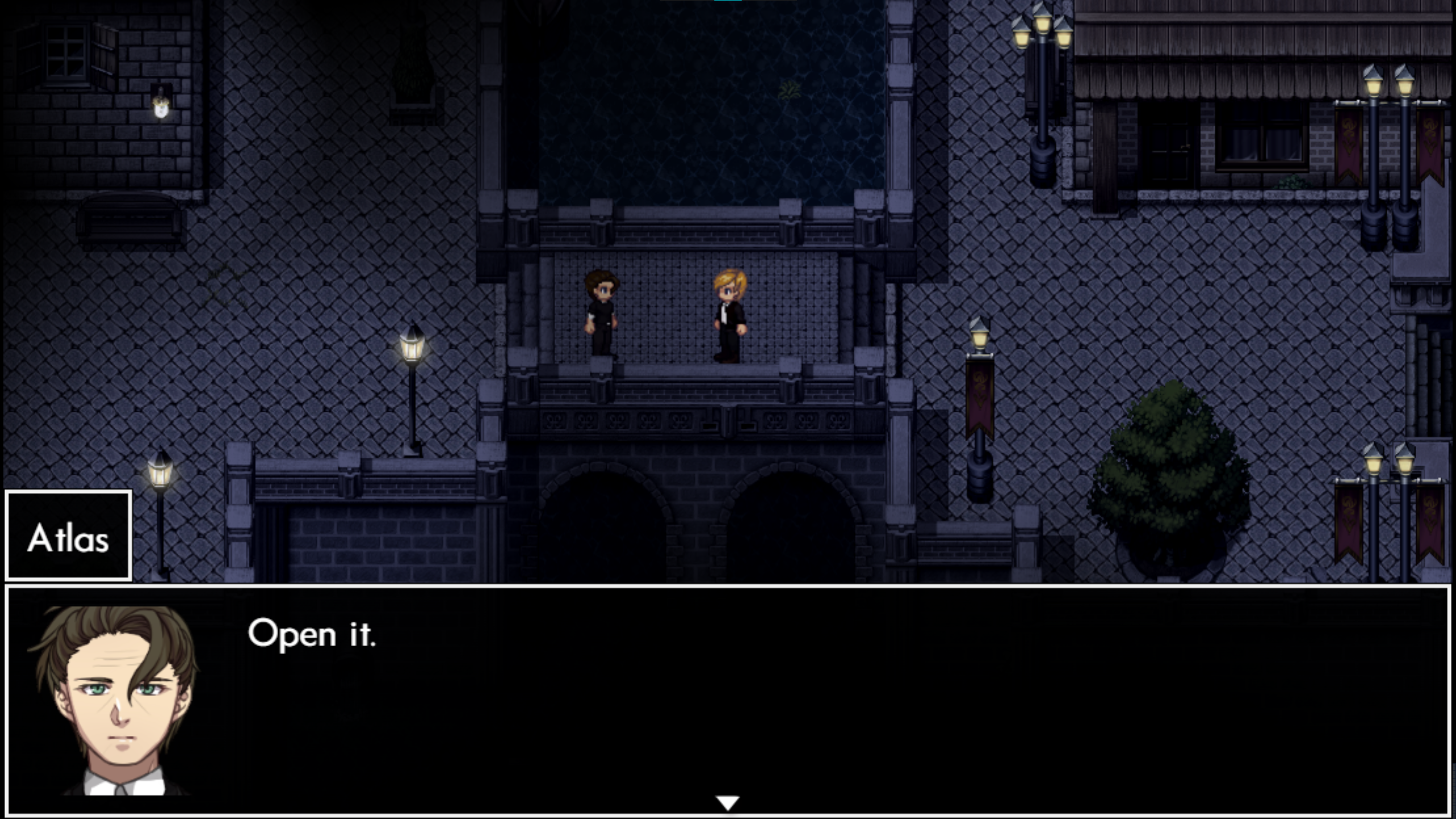 Yeah, the sprites got some upgrades between the release of the ProAgon and Act 1. And so did the portraits.

It took more than two and a half weeks, but with the help of the Stella Character Generator, 19 characters of all three acts and the prologue were remade. But in the end, it was more than worth it, I'm sure. Not only do the sprites fit the tileset much better, they are also much closer aligned with the artistic direction of TRACHI as a whole.

So much that the visual style stayed mostly the same all the way until the end of AUTONOMY. Not like everything was smooth sailing, of course. But again, I had a bunch of very patient friends helped me track down most of Layer issues, bugs and other want-nots. So much that I was able to pull every release forward, with each being smoother than the one before.

Not only that, but a small community started forming around the game. Mostly comprised of people that knew me before they knew TRACHI. But there's also some people I got to know through it, who have all become very special to me.

In any case, here's to another devlog where I didn't actually get to talk about what I wanted to.
Guess I'll write another one in a few days.

I'll see you then.
Or on May 15th, at the latest.
The day AUTONOMY will be put to rest.

As always, thank you for seeing this.